MockupRecorder
“Video as a By-Product of Digital Prototyping”

MockupRecorder is a software tool for capturing and representing the dynamic aspect of interaction in digital prototyping of scenarios in a way that can easily be created, modified, and is always repeatedly playable without the necessity of having a video. Thus, the prototyping of scenarios does not depend on the existence of videos but integrates the opportunity to automatically produce and use them. In particular, MockupRecorder represents interactions as sequences of events generated by responsive controls in hand-drawn and digitally created mockups. Based on the combination of event sequences and mockups, videos can be produced automatically as a by-product by playing and recording the event sequences on the mockups. Changes and alternative scenarios are unproblematic since videos can be produced automatically from modified event sequences and mockups. 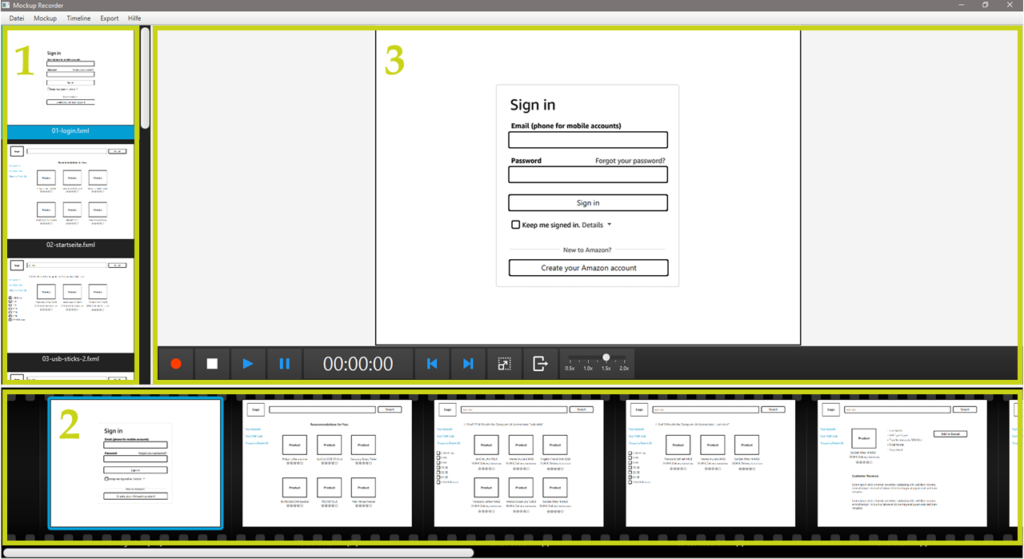